I can’t say I’ve ever been much of a rebel, but I did rebel in certain ways.  Most teenage girls rebel by wearing makeup; I rebelled by not wearing makeup – or at least little. Growing up, my mom would not leave the house without full makeup. It didn’t matter where she was going, she had to have makeup.  It is still very much a part of who she is. I decided that I never wanted to be that attached to a product or process.

Somewhere along the way, something changed.

For the longest time, I could not teach without makeup.  I’m not even sure how it happened. It became a part of the process of getting ready for the school day.  Then, over Christmas, I left my makeup bag at my aunt and uncle’s house by accident. They’ve been in Florida ever since.  The thing is that I don’t even own much makeup. It all happened to be in that one bag. I didn’t even replace any of it until recently.  Somehow, I survived over two months without any makeup at all.

Now, I am left confused.  Do I need to wear it everyday or not?  The answer is: I can wear it whenever I’d like.  I love the fact that I proved to myself that I could go months without wearing makeup.  It turns out that I am not necessarily addicted after all.

With makeup, that was biggest concern:  That somehow I would not feel like myself if I wasn’t wearing any.  I watched my mom feel that way my entire life, and I wanted something different.  I adore my mom, but that was one instance in which I did not want to emulate her.

For me, it goes to a larger issue though:  confidence. I have to admit that I do feel slightly more confident when I do wear makeup.  It also makes me think of the labels we give ourselves as girls. There are the tomboys and the girly-girls.  I grew up with characteristics of both. I considered myself both and neither depending on the time of day. I am equally comfortable in the woods and in the city.  I grew up loving dolls and Legos and wore both jeans and skirts religiously. More than anything, I love the fact that I share that with my mom. 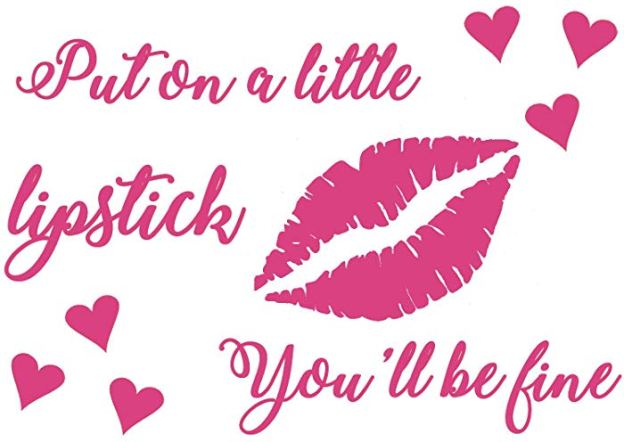