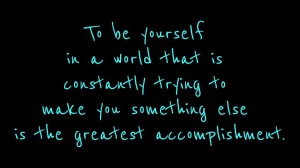 All this week I’ve been thinking about what it means to be true to yourself.  It is something I’ve struggled with lately.  For example, I’ve given a lot of thought to the type of man I would want to date.  There are a few things I know.  First, he will have to love to read and at least highly value education.  The first realization I came to in the aftermath of my breakup with my ex is that I am still attracted to intellect.  I need something interesting to talk about, something that goes beyond pop culture and a glossing over of current events or sports.  Second, I also recognize the importance of being at least understanding of each other’s political views, no matter how different or similar.  Unfortunately, many people wonder why there isn’t more actual political debate, are upset by that fact, and yet shutdown anyone with an opposing viewpoint.  The reality is that it is difficult to understand my political perspective unless you understand how growing up in a small business affected my outlook on just about everything.  The thing is, I don’t fit the traditional political paradigm well, which is another blogpost entirely.  The point is that I know exactly what I want now.  It just feels impossible to find the right man given where I live.  Then I ask myself, does it really matter?

It doesn’t matter.  If I do end up alone, so be it.  I’m used to being alone.  I know what it is like to be in an awful relationship long after its expiration date.  My entire life I’ve paid an extremely high price for being myself.  Over the decades I’ve grown, but I’ve always been true to myself, even though it may have cost me everything I thought I wanted.  I hope that one day it will pay off.  I know of no other way to be. 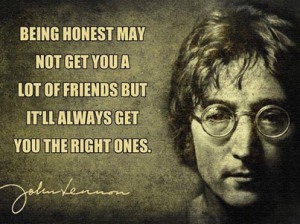