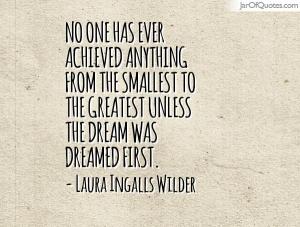 The topic of young adult literature fascinates me.   As part of her MOOCs discussing the life and work of Laura Ingalls Wilder, Pamela Smith Hill, an author herself, explores the development of the YA genre, as well as the ever-shifting boundary between middle grade and young adult literature.  As a writer who intends to eventually write in both genres and as a future middle school/high school teacher, her explanations of both genres left me wanting to learn more.  It also left me feeling as though there are no hard and fast rules.  Pamela Smith Hill credits authors such as Mark Twain, Louisa May Alcott, and Laura Ingalls Wilder with creating the young adult genre, even though the modern classification didn’t formally come into use until the 1950s.

Until I watched this series of videos, I never thought of the Little House series as divided into middle grades and young adult fiction.  I classified it all as middle grades, even though I reread the entire series, including The First Four Years, as an adult.  However, throughout her series of videos, Pamela Smith Hill makes a compelling case for considering On the Shores of Silver Lake, The Long Winter, Little Town on the Prairie, and These Happy Golden Years among the first young adult novels.  While I always knew that The First Four Years could not rightly be considered a part of the Little House series, I now have a much better understanding as to why.

According to Pamela Smith Hill, the book was Wilder’s attempt to write for an adult audience.  Indeed, it does deal with adult themes such as marriage, choosing a vocation, and economic hardship.  Interestingly, the book only came to the attention of Rose Wilder Lane, Wilder’s only child and literary heir, upon her mother’s death.  There are several theories as to why, but what I find interesting as a reader is that The First Four Years just feels different.  There is a different tone, and in many ways, it is sparse where other novels in the series are not.  As a writer, I understand why it was not published in Wilder’s lifetime, even though it is a good book.  It simply did not fit her literary legacy.

All of this leads me to a few conclusions.  First, it is possible to allow a series of books to grow with the reader.  As a child, this is what left me disappointed with mystery series.  The main characters never seemed to grow.  This is also why the Anne of Green Gables series and the Little House books remain among my childhood favorites.  Second, rules in publishing can be broken.  What it is important is to tell the truth, even if it isn’t the whole truth.  Dealing with difficult issues honestly is particularly important in YA literature.  Laura Ingalls Wilder did this well, even if she did fictionalize some aspects of her story to conceal identities or to simply make a better story.  Finally, it is important to control one’s literary legacy, even if only during one’s lifetime.  As a child of the ‘80s, I am completely conflicted when it comes to the Little House on the Prairie TV series.  I loved it as a child.  As an adult, I question the liberties taken with the source material, among many other things.  That leads to an overarching question:  How much control can a writer exert over his or writing from the grave?  If nothing else, it is an interesting topic.